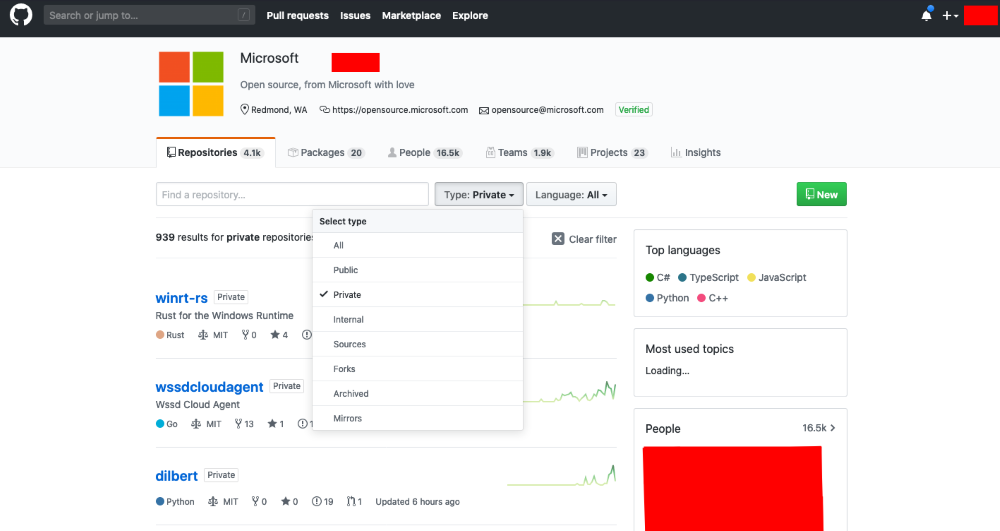 A hacker has gained access to a Microsoft employee’s GitHub account and has downloaded some of the company’s private GitHub repositories.

The intrusion is believed to have taken place in March, and came to light this week when the hacker announced plans to publish some of the stolen projects on a hacking forum.

While ZDNet has confirmed with multiple Microsoft employees that at least a small portion of the stolen files are authentic, we have been told that the hacker did not gain access to the source code of any major Microsoft core projects, such as Windows and Office.

Microsoft employees who commented on the leak have told ZDNet that such major projects are hosted internally at Microsoft and not on the company’s public GitHub portal.

A Microsoft spokesperson told ZDNet earlier today that the company is investigating the incident, but did not want to comment further.

NOTHING OF ACTUAL IMPORTANCE LEAKED

With the help of cyber-security firms Nightlion Security and Under the Breach, ZDNet has obtained copies of files the hacker shared online this week.

This includes a list of all the files and directories downloaded from Microsoft’s private GitHub repositories.

This reporter and ZDNet‘s Microsoft writer Mary Jo Foley have spoken yesterday and today with multiple Microsoft software engineers on the promise of anonymity. Sources have now confirmed that files and directories included on the list shared by the hacker did indeed contain projects that were stored in Microsoft’s GitHub account as private repositories.

Other Microsoft employees made their assessment public, also confirming the leak’s authenticity.

Microsoft engineers who initially told us yesterday that “the leak was a scam” have now walked back their comments as news of the leak spread inside the company, and some employees confirmed its partial authenticity.

Employees who commented publicly on the leak as being a scam have also deleted their tweets.

We say “partial authenticity” because a large portion of the files and directories listed by the hacker do not appear to be Microsoft-related projects, or are open-source projects that have been public for years and have no affiliation to Microsoft. It is unclear how these GitHub repositories got on the hacker’s list.

Furthermore, some employees said that their own private projects hosted on Microsoft’s official GitHub account were not included in the list of files obtained by the hacker, which means the threat actor only gained access to only a fraction of the non-sensitive information stored in Microsoft’s account.

The only sensitive issue might be that some projects could contain access tokens and API credentials that may now have to be revoked.

Under the Breach, which had direct contact with the hacker, has told ZDNet today that the attacker has now lost access to Microsoft’s private GitHub repositories, as Microsoft staff appears to have identified the compromised employee GitHub account.

The hacker behind this incident is the same individual behind the Tokopedia hack that ZDNet disclosed on Saturday.